WHEN THE TRUTH HAS TWO VERSIONS

Describing the photograph I saw on facebook as ‘horrific’ would be euphemistic - it was much worse than that. Human bodies charred beyond recognition were arranged neatly across the ground. The caption below the picture – which I cannot remember precisely – explained that the bodies were as a result of an unprovoked Muslim attack on Christians in a northern state in Nigeria.


First of all I am human. Secondly, I’m a Christian and then a Nigerian, so the pictures tore me up inside. I was fuming. The story accompanying the photo went on to say that a group of people had been travelling by night on a ‘luxurious’ bus when they were stopped by a group of Muslim men parading as members of the armed forces. They were ordered to get off the bus and then doused in fuel and set ablaze.

The writer, whose name I can’t remember, said the Nigerian government were aware of the horrific crime but had chosen to ignore it and at the same time muzzle the media on the issue. That made my head explode with rage. The activist in me was tempted to paste the story on President Goodluck Jonathan’s face book page, but my rational or should I say cowardly nature kicked in immediately reasoning that I would achieve nothing except possibly jeopardising my safety and that of my family. So I let it be; pushed it to the fringes of my mind and got on with life. That was in April.

Months later, on the 30th of November 2011, the photo resurfaced on facebook. This time the caption was Christians burnt alive by Sunni Muslims in NIGERIA (Posted by Jillian Becker in Africa…). There was no accompanying story; just a title that Christians in Yobe state were being massacred.


I had seen the photos before so I wasn’t exactly shocked nor did it provoke the same potent emotions as it did months back. However I did find myself teetering on the cusp of righteous indignation. Until a wisp of doubt flashed through my mind and my intended anger quickly melted into suspicion and misgivings. Why? You may ask. Well:

• The photos were not recent, why did the poster give the impression it had just taken place and was ongoing?

• Describing the Muslims as Sunni Muslims was completely alien to me – as it is to many Nigerians. There is no such Shiite/Sunni categorization among Muslims in Nigeria.

• Why was there no story accompanying the picture?

• Why an absence of verifiable sources like links or references?

Anyway, thanks to Google, I soon had differing information at my fingertips curtsey loonwatch.com
The story on loonwatch.com was far-removed from religious violence. According to the site, the fire took place in the Democratic Republic of Congo (central Africa) not in Nigeria (West Africa). It occurred when an overturned fuel tanker burst into flames in Sange town, South Kivu claiming more than 200 hundred lives – most of whom were people watching the World cup in their homes and local cinemas. The site provided links to African news site afrik.com and news agency, reuters that verified it was as a result of a fuel explosion. 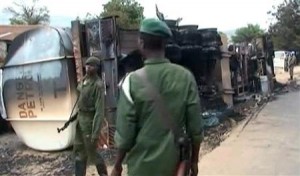 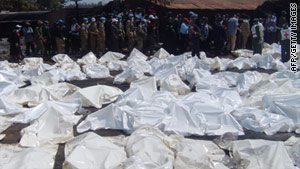 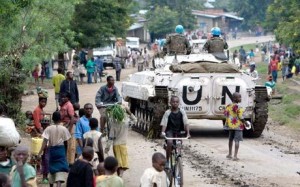 In the light of new information, I asked myself who published the story and why?

Unfortunately I wasn’t successful in my attempts to get to the root of it; I never found out where the Christian massacre story originated from. But the fact that I jumped to a conclusion the first time I read the story in April and even spread the news among my friends shows how susceptible we are as readers; easily falling for anything that comes under the guise of news.

A caveat: I cannot diminish the fact that many countries like DRC are failing their citizens by neglecting adequate health and safety measures on their roads. In the same vein, religious violence is a serious issue in Nigeria and many other countries like Sudan, Ivory Coast and even Egypt. Many Christians in the north of Nigeria have lost their lives to religious violence and continue to do so in the most gruesome manner. But that’s an issue for another post.

After reading the actual story on the internet, I went back to my friend’s facebook page, where I read the story originally, and posted the loonwatch.com article then commented: “According to the above article, it actually happened in eastern DRCongo… no one can tell what's true and what's fake. Lesson is never take any story you read off the net at face value. Take it with a tablespoon of salt!” 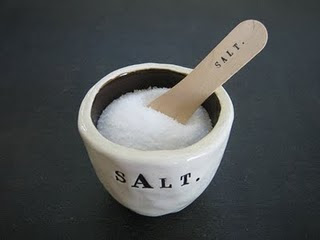 Might sound comical but it is the reality. Anyone can paste anything on the internet; that does not make him/her a journalist or a purveyor of truth. That is not to say journalists do not get it wrong, fabricate stories or twist the truth. They do. However they are guided by a code of conduct. Any journalist worth his/her salt will abide by the simple ethics of truth, fairness, impartiality and objectivity. Journalists’ reports might be shaded by cultural biases – that is inevitable – but at least they do make an effort to present both sides of the story.

Now judging by the reactions on facebook to the massacre story, and by my reaction, many readers are too passive and trusting. It’s easier to just glance through an article without probing deeper to ascertain its authenticity or hidden motives behind the story. Even if a story appears facile it is way easier to swallow it as a verified/undisputable fact – i.e. truth – than split hairs about its veracity. After all, what does a person achieve by picking stories apart?

Unfortunately the world we are living is not a black and white monochrome. It is a world bursting with shades/ layers of colour, nuances and multiple meanings; it is a world where truth is ambiguous and balance, fairness and objectivity is subjective to individual interpretation.

It is often described as a postmodern world. The modern era ( late nineteenth and early twentieth century) built on ideas of the enlightenment where traditional belief systems in God, the church and the monarchy were replaced by rational thought, scientific reasoning and intellect.

According to R.Wesley Hurd from the McKenzie Study Centre (an institute of Gutenberg college) postmodernists argue that

“The quest for truth is a lost cause. It is a search for a ‘holy grail’ that doesn’t exist and never did…objective, universal, knowable truth is mythical; all we have ever found in our agonized search for Truth are “truths” that were compelling only in their own time and culture…”

I know it sounds scholastic but if we are living in a world where there are no clear demarcations between what’s right and what’s wrong then it is inevitably going to reflect in the news stories we read every day.

The second feature of postmodernism, which I think is so important, is the rationalisation of reality. Again, Hurd describes it lucidly:

“Reality” is created by those who have power. One of postmodernisms key theorist Michel Foucault argues that whoever dominates or controls the “official” use of language in a society holds the key to social and political power.

In other words, reality is a construction. Yes, there is religious violence in Nigeria. It is a terrible problem that needs to be dealt with. But the reality of what goes on in the north is a combination of many things: it is a construction by journalists, religious groups, NGOs and human rights groups who want to tell a compelling story and the actual experiences individuals go through. As the journalistic lingo goes,

To tell a compelling story the writer must construct a reality that either shocks or titillates readers. Either way the aim is to pull in readers/audiences. It therefore follows that constructing reality will also require constructing truth. Going along the lines of postmodernist thinking, there is no such thing as universal truth. Consequently the writer has the latitude to construct a truth that will fit in with his/her reality at the moment – be it the reality of selling a story; or self-aggrandisement or whatever it is.

It is left to the reader to be smart and ask questions whenever a story looks lazy or facile. Basic questions like:

Who is reporting the story? Why? What’s in it for him/her?

What are his/her cultural biases’?

How many points of views are accommodated in the story?

Are there verifiable sources from reputable news agencies?


So next time you’re reading a news report, arm yourself with a healthy dose of cynicism.
Posted by Oluchi at 18:45