Half of a red tongue 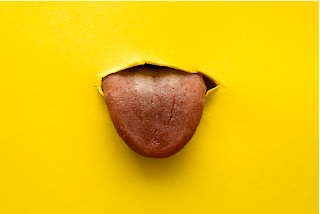 
That was the rant of a racist English woman on board a train in London. The 2.16 minute video posted on youtube was titled ‘My tram experience’, and boy, wasn’t it the experience for the unlucky passengers.

She had a child sitting on her laps and was surrounded by staring people but she didn’t care. F-words tumbled out of her mouth like the waters of Victoria Fall.

“ You ain’t English! you ain’t English either! Get back to your own %*#& country. Do you know what? Sort out your own countries don’t come and steal mine. Go back to where you come from. It’s my British country”.

For a woman who laid so much emphasis on being ‘English’, her vocabulary was highly impressive. It consisted of:

20% mumbo jumbo that could just pass for English

I felt sorry for the little boy sitting on her laps. He was visibly cringing with embarrassment – especially towards the end of the clip when he bowed his head in shame. Poor boy; he was probably willing the ground to split open and swallow him.

Poor passengers likely on their way home from some menial, demeaning job that most ‘English’ people won’t be caught dead doing. The woman stabbing her finger at them has possibly not experienced life beyond the borders of Europe or even UK.

Luckily for the passive passengers a confident woman on the train did not take it quietly on the chin, she told the racist woman to watch her words. A shouting bout ensued.

Apparently black and British are two irreconcilable differences. Maybe white and British would go down better? Or maybe not. The woman did not spare Polish people in her tirade against the immigrants ‘overtaking’ her country.

If she was aware of history she would probably know that invasions are a characteristic of today’s world, shaping countries and redefining their boundaries. Indeed Britain has had several waves of invasions, and has itself invaded a vast number of countries. 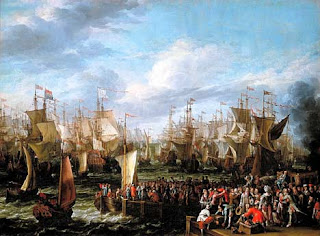 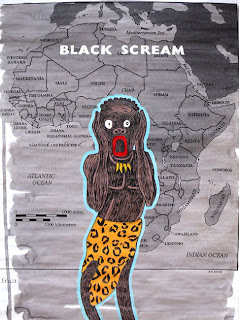 The wave of immigration is just another form of invasion without the violence. And nobody likes to be invaded. The woman had grievances that she needed to get off her chest, and she did it in an extremely rude manner.

The last time I checked the news she had been dragged before a judge and remanded behind bars. Her application for bail was rejected. That response, to me, is equally extreme.

Even though there are many friendly, open-minded English/British people, there are also many who share her mindset. This might sound extreme but clamping down on their freedom to express themselves is a form of repression. Repression might work temporarily but it can have far-reaching consequences.

Am I supporting racism and bigotry? Not in anyway. Racism is distasteful in all its manifestations and must never be tolerated. And that’s why political correctness is a good thing. It curbs peoples’ excesses and forces them to tolerate others of differing backgrounds, views and orientations.

Definition, political correctness: ‘The avoidance of forms of expression or action that are perceived to exclude, marginalise or insult certain groups of people.’

However political correctness on the other end of the spectrum can be overwhelmingly ridiculous.

In 2007, Santa Clauses in Sydney, Australia, were forced to revolt for the right to say “Ho Ho Ho”, the traditional laugh of jolly old St. Nick. It turns out that their employer, the recruitment firm Westaff (that supplies hundreds of Santas across Australia), told all trainees that “ho ho ho” could frighten children and be derogatory to women. Why? Because it was too close to the American (not Australian, mind you) slang for prostitute. Instead, the Santas were instructed to lower their voices and say “Ha ha ha”. Westaff relented only after the story broke nationally, deciding to leave the belly laughs “up to the discretion of Santa himself “.

The sad part is that political correctness does not give people a chance to air their feelings and debate issues they feel affects them. Many white British people feel they are being outnumbered in their own country. They also feel that their voices are being unfairly silenced because of a social obligation to treat minority groups with respect. That is not healthy for democracy. Rather the British government – and all governments opening their doors to immigrants – should foster a public sphere for debate.

“The public sphere is an area in social life where individuals can come together to freely discuss and identify societal problems, and through that discussion influence political action.

It is "a discursive space in which individuals and groups congregate to discuss matters of mutual interest and, where possible, to reach a common judgment."

If a platform for discussion is not created people will continue to feel hard done by. It is the only route for enlightenment and reaching a better solution. British people, for instance, do not realise that many of the immigrants ‘swamping’ their country come from former colonies whose wealth was once carted away to develop Britain. Many come from former colonies whose slaves laboured to build up Britain as we know it today. But that awareness can only be achieved through enlightenment. How to go about creating a platform is another matter on its own.

However, what the UK and other governments need is open, honest debate. Let people air their concerns. Let there be a rational discussion. It is an opportunity for both the government and the people to be enlightened.

What are your views? Your comments will be appreciated.