The Truth About Human Zoos (1) 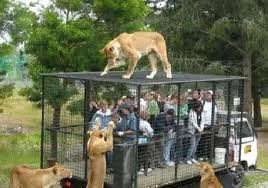 ‘Dance!’ a policeman urged the girls dressed in loin cloths singing, clapping and swinging their hips from side to side.
They are one of India’s protected ancient tribes and, in the video that surfaced last week, were dancing for tourists in exchange for food.
Charities, media organisations and government officials were breathing fire when the video emerged on the net. The Jarawa tribe from India’s Andaman Island has just 403 members, and under Indian laws photographing or coming into contact with them is illegal.
That is why The Guardian newspaper (UK), which first broke the story and other news organisations condemned the actions of the tourists and greedy policemen. Words like ‘disgusting’ and ‘exploitation’ were thrown about. Some headlines even went as far as describing the reaction as ‘outrage at human zoo’.
Human Zoos
The concept of human zoos was prevalent in the 19th and 20th century when European explorers returned from continents like Asia, America and Africa with natives who were put on display for curious spectators. 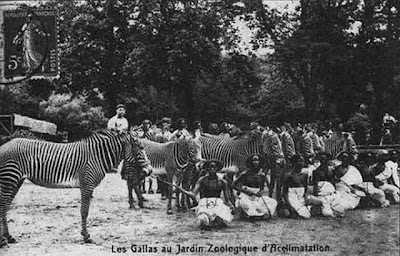 Human zoos were popular in cities like Paris, Antwerp, London, Hamburg, New York and Warsaw where up to 300,000 visitors flocked to see the exhibitions.
A famous example of a human exhibit was a woman called Sara Bartman who was uprooted from the east cape of South Africa and displayed in exhibitions around England and France until her death in 1815.  Exhibitors were particularly fascinated with her unusual anatomy.

Another famous example is Ota Benga who was taken from the Congo in 1906 and put in a cage at a monkey house in New York’s Bronx zoo. Scientists at that time believed certain races were evolutionary inferior and Benga was living proof. The New York Times reported that around 40,000 people flocked to the park to see ‘the wild man from Africa.’
On the whole, some 35,000 people were said to have taken part in the human zoo displays and were viewed by approximately 1.4 billion spectators.
The exhibitions were first banned by Hitler and steadily declined after World War II.
Today it is inconceivable to think that such acts of depravity were widely accepted. No one would permit or tolerate such inhumane acts. But here’s the truth about human zoos: they might no longer appear in the same crass form that they did in the past, but they are still in existence.

Generations have passed and attitudes about race have changed, but people have not changed. They remain opportunistic. That means that people will exploit situations for their benefit if given the chance. And that is exactly what The Guardian and other media outlets (I am not exempting myself) are doing. 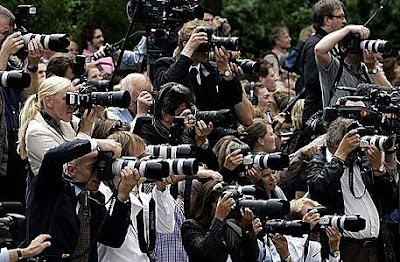 I admire The Guardian but found it ironic that they were condemning a video showing a protected dwindling tribe exploited by tourists on one hand, and on the other hand were milking it for all its worth.

If it is so exploitative why show it in the first place? Would the ‘more than half a million viewers’ who clicked on the video have something to do with it? And why the thirty-second commercial before the video?

On the face of it, the media and charities are drawing attention to a social malaise that needs to be tackled. But on the flipside, they are also constructing an 'exotic' story that will lure their readers to their papers/sites, thereby boosting their audience.
Without knowing it, we the readers become voyeurs who avidly consume images of the 'other'/native/primitive just like the spectators did hundreds of years ago. We are gawking at them from our privileged positions. Our curiosity is fuelling their exploitation, while inwardly we feel things are faring much better. That is an illusion.
(to be continued)
Posted by Oluchi at 10:22