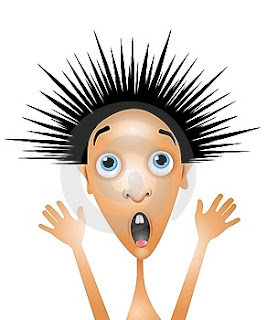 The first call came when I was about to leave the house. The year’s most anticipated blockbuster was playing in the local cinema, and I had been eagerly looking forward to seeing it. I glanced at my phone. It was an unknown number. I was already running late so I chose to ignore the call.

A minute later the phone rang again. It went on vibrating and ringing with an irritating din, sending my patience plummeting down to its lowest level. Since I was running late I convinced myself I really didn’t have time to deal with calls from unknown sources. Who could this be? What does he or she want? I wondered…

I ignored it for the second time. But as I was about to ease through the front door the phone came alive again. Oh God, what now? What now?! I decided to pick it this time. It had to be an important call for the caller to be so persistent. I was right.
“Hello Will, Dr.Cropley here” Oh my God, I panicked. Dr.Cropley was the consultant doctor at Royal Free Hampstead Hospital in North London. He specialised in tropical diseases and I had seen him three weeks earlier after referral from my General Practitioner. I had been experiencing a severe cough accompanied by sweaty fever. He had done a preliminary examination, including chest x-rays and blood samples. Surely he must be calling about the results of those tests.
I was right! But I was not prepared for what he had to say. “You have to be admitted immediately Will, so please make your way to the hospital. We are preparing a room for you, so I will see you when you get here” And with those shattering words, he hung up. My mind was now a hive of confused thoughts. What was going on here? I asked rhetorically.
All my afternoon plans came to an earth-shuddering stop. There would be no cinema for me or dinner at my friend’s house. Instead I faced the terrifying prospect of hospital admission. The Problem was I had never been admitted to a hospital before and I really didn’t know what to expect. I was overwhelmed by a huge feeling of apprehension, and beneath it an undetermined fear.
(to be continued)
Posted by Oluchi at 13:11

Email ThisBlogThis!Share to TwitterShare to FacebookShare to Pinterest
Labels: Fiction