Jokes for a Laugh 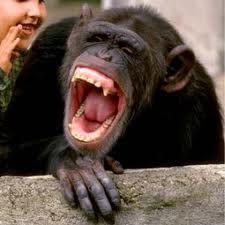 Two politicans were having a heated debate. Finally, one of them jumped up and yelled at the other, "What about the powerful interest that controls you?"
And the other politician screamed back, "You leave my wife out of this!"
A little girl asked her father, 'do all fairy tales begin with "Once upon a time"?
The father replied, 'No, some begin with - If I am elected.'


A politician is a man who stands for what he thinks the voters will fall for.
A Senator, a clergyman, and a Boy Scout were passengers in a small plane that developed engine trouble. The pilot announced, "We'll have to bail out. Unfortunately, there are only three parachutes. I have a wife and seven small children. My family needs me. I'm taking one of the parachutes and jumping out!" And he jumped. Then the Senator said, "I am the smartest politician in the world. The country needs me I'm taking one of the parachutes." And he jumped. The clergyman said to the Boy Scout, "I've had a good life and yours is still ahead of you. You take the last parachute." The youth shrugged and said, "Don't need to. There are two parachutes left. The smartest politician in the world just jumped with my knapsack!"

Email ThisBlogThis!Share to TwitterShare to FacebookShare to Pinterest
Labels: Cartoons