Can we really be friends with animals?

Animals have long held a special place in the hearts of humans. Throughout history, animals have played a unique part in people’s way of life be it in Ancient Egypt and Rome where animals held religious significance or our present world where people bequeath millions to their pets.

The strength of man’s feeling for his ‘best friend’ can be seen in the extraordinary lengths he goes to to protect him/her.

In February, a man in Essex, UK crawled over a frozen river just in his underpants to rescue his trapped dog. Of course, the firefighters didn’t find his reckless exploit funny. 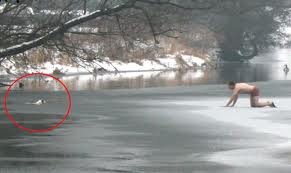 In the same month, a woman in Melbourne, Australia spent three hours stuck in the quagmire as she comforted her horse which sank into a pit of mud as she was riding it.

It is indisputable that people become attached to their pets and even, in some cases, treat them better than humans. But can the friendship be mutual? If not, why has man insisted on creating and building relationships with animals?

Do you have/have you had an animal(s)? What kind of relationship do you/did you have?