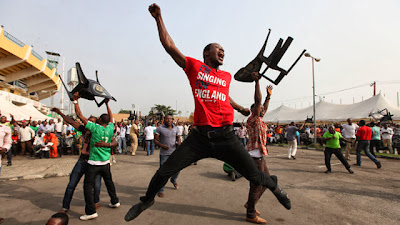 "A time of intense hope and expectation"- the phrase captured the feelings of a young cluster of Africans some 53 years ago.

October, 1st, 1960 marked a fresh beginning for Nigeria when it gained its independence from the British Empire.
Like the beginning of a love relationship, great aspirations were birthed in this initial bliss. 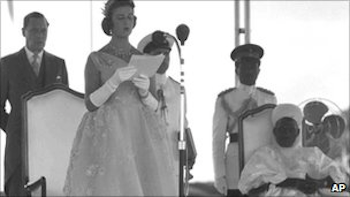 It was thought of as a time for learning and self discovery.

Thoughts of what could go wrong were not dwelt on extensively.

Threats to this blissful existence were mostly perceived as external e.g. possible economic and political strangulation by Britain and other developed economies.

Threats within the country were considered minimal, for as at that time the people felt that the balance was greatly in their favour. Failure was an impossibility. Or was it?

53 years after the accolades, bands and high sounding speeches, history has gone on to prove that with regards to Nigeria, the ant within is often much more deadly than the Lion without.

Any contemporary conversation about Nigeria, or with Nigerians, now in 2013 reverberates with sounds of frustration, despair, hopelessness and shouts of desperation! This is hardly surprising for a country riddled with corruption among government members; where armed insurgents kidnap and kill without disturbance; and where almost 70% of its population are unemployed. Where even simple basics for human living such as food, clean water and electricity elude the vast majority of its occupants. 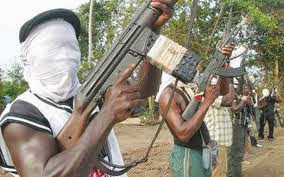 However in the midst of the doom and gloom there are some bright spots flashing on the horizon in Nigeria. These bright spots are exemplified by these true life stories.

Willy, a Nigerian living in the southern city of Port Harcourt, lost his job a few years ago when the company he was working for collapsed. He is in his mid-forties with a wife and four children. He notices that near where he resides there is a certain junction that is always blocked by traffic and there is no traffic warden there. This greatly adds to his frustration. 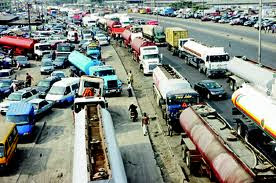 One day Willy obtains a stick-like rubber from the trash in a mechanic's workshop and begins directing the traffic whenever he notices a hold up. This is potentially dangerous, for drivers in Nigeria are absolutely maniac in their driving and he could be knocked down and no one would bother.
Yet he takes the risk and goes ahead to start directing the traffic. To his surprise the drivers obey him. They appreciate the big difference that his seemingly small gesture makes such that they have started handing him a little change regularly to appreciate his services!

Isah is a law student at a University. He should have been preparing to move into his fourth year in the five year course. However the Academic Staff Union (ASUU) (a labour union for all the government University lecturers in Nigeria) goes on strike for several months. He is bored, angry, frustrated and feels incapacitated as he sees less opportunities for making small cash as when on campus. While walking about he notices that a large number of children and young teenagers in his area are not going to school. They are selling pure water and other goods on the streets. 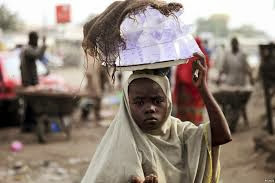 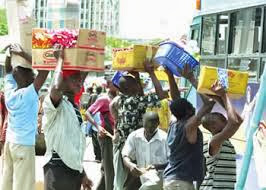 One day when abused by one of them he tells them off and challenges the vendors to come to his house that evening so that he can teach them. He is taken aback to find two boys at his house later that night. He goes ahead and begins to teach them reading and writing from scratch. The flow of street sellers has gradually increased and he teaches them regularly. Some are willing to offer something for his services.

Mrs Ade is an adult female in her 50's. Being recently widowed brought with it the challenge of her farming land being overtaken from her by her brother in-laws who wishes to use it for something else. None of her children have really made it and she finds that the burden of paying lawyers for legal litigation too exacting.
In her church there is a young female lawyer called Toyin. Toyin is just newly called to bar, but her compassion moves her and another colleague to start legal representation on behalf of Mama Nengia for free. This takes a little time. But the good thing is that Mama Nengia's in-laws give her breathing space and finally she obtains an order of injunction from the court against them and access once again to her land and primary source of income.

Since then Toyin has been bombarded by request for free legal representation, especially by those seeking bail. While not always able to do this for free, she has felt able to contribute towards the course of justice even in her small town.

The above three stories represent true life stories in Nigeria. They give just a glimpse of how people rely on rugged inventiveness rather than any government in the race of daily living. They speak of taking the initiative and the ability to be flexible and overcome rather than be overcome by life's challenges. Such characteristics are what count in guaranteeing the success of an individual, group, people, or nation.

Whether the state of Nigeria will still exist in 50 years time is a big question open for debate. One thing is sure though: individuals like Willy, Isah and Toyin will reach their milestones no matter the stakes!

Do you have anything positive to share about Nigeria or Nigerians in general? We'd like to hear from you.

Happy independence to all Nigerians.