In a historic move this week, Germany elected its first two black Members of Parliament. Karamba Diaby and Charles Huber, both of Senegalese origin, were elected into the Social Democrat Party and the ruling Christian Democratic Party respectively. Mr Diaby, 51, described his election into the German Parliament as being 'of historical importance'. Nearly one in five of Germany's 80 million population are immigrants. However, less than six per cent of Germany's MPs are from minority groups.

China to Rent Five Per cent of Ukraine 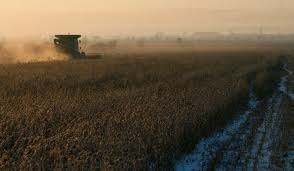 According to a report, Ukraine has agreed a deal to rent five per cent of its land to China. Under the 50-year plan, China would eventually control three million hectares, which represents nine per cent of Ukraine's arable land.  The farmland in the eastern Dnipropetrovsk region would be cultivated principally for growing crops and raising pigs. Ukraine's leading agricultural company, KSG Agro, however denied reports that it had sold land to the Chinese, saying it had only reached agreement for the Chinese to modernise 3,000 hectares and "may in the future gradually expand to cover more areas". 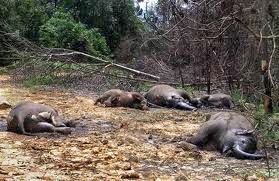 In Zimbabwe, more than 80 elephants have been killed for their ivory by poachers who used cyanide to poison a water hole in country's largest game park.
Tourism Minister Walter Mzembi confirmed the toll on Tuesday after touring Hwange National Park. Nine poachers were arrested after rangers tracked them to a cache of ivory hidden in the park. There has been a rise in the killing of elephants and rhinos in parts of Africa in recent years, mostly to feed demand for horns and tusks in Asia. 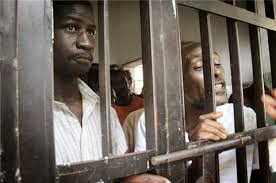 According to a UN report, thousands of people in Libya remain locked up in militia prisons, outside of state control, more than two years after the revolution. The report says many are suffering torture and mistreatment and calls the situation “unacceptable”.
It estimates the number of conflict-related detainees is around 8,000, some held in facilities only "nominally" under the authority of the justice or defence ministries, and the rest by “armed brigades not affiliated with the State in any form.” Libya’s Justice Minister Salah Marghani, in response to the report said even though the circumstance are challenging they are still pushing to improve the situation. 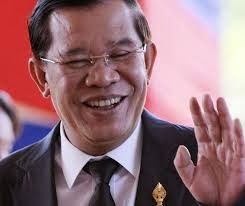 Cambodia's parliament has approved a new five-year term for Prime Minister Hun Sen,who has been in power since 1985. Official results show the ruling Cambodia People's Party won 68 seats while the opposition, Cambodia National Rescue Party (CNRP), won 55 seats.
The opposition have accused the ruling party of widespread fraud and called for an independent inquiry. The government has so far rejected the opposition's demand.