Presidents that made us laugh

Gaffes, blunders, mistakes…couch it in whatever language you may but it is often entertaining to catch the tete-a-tete exchanged between politicians behind closed doors.

This week the media kicked up a fuss over a private conversation between US president Barack Obama and his French counterpart Nicolas Sarkozy at the G20 summit. Both were unaware their conversation was being picked up by the mics. 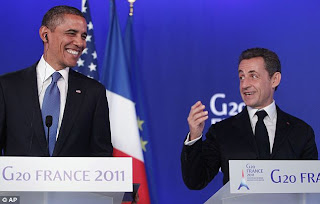 Sarkozy: ‘Ah Monsieur Obama, I can’t stand that man Netanyahu! He’s such a liar – no?’

Obama (guffaws): ‘You’re sick of him? Dude, I have to deal with that guy every day!’

I sure had a good laughing reading and re-reading the conversation. Couldn’t understand the fuss by the media. Two grown men are allowed to express their opinions in private – no?

Another PM that bit the dust this week is the spruce, scandal-attracting Silvio Berlusconi of Italy. While members of the opposition might not be sad to see him go, we can’t help but miss his flair for unreservedly forthright statements. Here are a few that cracked me up:

Berlusconi rolls eyes: ''God save us from imbeciles... How can you take such a great compliment negatively?"

On judges pursuing former Prime Minister Giulio Andreotti on charges relating to the Mafia: "Those judges are doubly mad! In the first place, because they are politically mad, and in the second place because they are mad anyway.

You can find a refreshingly hilarious list of Berlusconi quotes at http://www.bbc.co.uk/news/world-europe-15642201 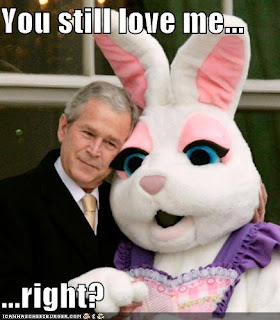 Former US president George Bush, bless him sprinkled so many ‘juicy’ quotes in his interviews and speeches; you’ll have difficulty choosing a favourite gaffe/quote.

“I have opinions of my own, strong opinions, but I don't always agree with them.”

"Families is where our nation finds hope, where wings take dream.”

"You teach a child to read, and he or her will be able to pass a literacy test."

"You know, one of the hardest parts of my job is to connect Iraq to the war on terror."

I promise you I will listen to what has been said here, even though I wasn't here.

Ninety-year-old Prince Philip (husband to Britain’s Queen Elizabeth) may not be a world leader but he can give any of them a run for their money when it comes to making blunt statements. Here are a few of his honest views:

"It's a vast waste of space." Philip entertained guests in 2000 at the reception of a new £18m British Embassy in Berlin, which the Queen had just opened.

"Can you tell the difference between them?" On being told by President Obama that he'd had breakfast with the leaders of the UK, China and Russia.

http://www.independent.co.uk/news/uk/home-news/ninety-gaffes-in-ninety-years-2290148.html
Posted by Oluchi at 17:37