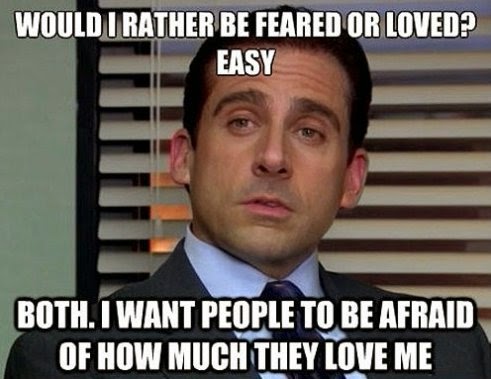 One
When your boss calls you into his office, make a face like he farted

Two
Take free donuts to the morning meeting, and poke your finger into each one “testing for freshness”.

Three
Arrange toy figures on the table to represent each meeting attendee, move them according to the movements of their real-life counterparts.

Five
Leave your zipper open for one hour. If anyone points it out, say, “Sorry, I really prefer it this way.”

Six
In the middle of a conversation with your colleague, clamp your hands over your ears  and start singing lalalalalalala

Seven
Send an e-mail to the rest of the company telling them what you’re doing. For example, “If anyone needs me, I’ll be in the restroom.”

Eight
In full view of your colleagues, Kneel in front of the water cooler and drink directly from the nozzle