Hmm, isn't is strange? For twenty odd years the church of England has ordained women as priests. They've considered them worthy enough to wear a cassock, conduct the liturgy and carry out other prescribed ecclesiastical duties. But today the synod denied them the right to promotion.

Bishop - you must be having a laugh!

And what's more, God placed the  man as the natural head in the home and in the church. Does the Bible not say in the book of Genesis that the man would rule over the woman? Did the great apostle Paul not say that women should not speak in church. If at all they had questions, they should ask their husbands at home?

Hmm...strange. But women have been priests in the Church of England for decades!

Funnily enough, you don't come across many. And when you do, not only are they a novelty, but they fashion themselves so closely to men, that you completely forget they are women!

It's called power dressing. Guess it's one way of softening the blow. Allowing the male psyche to adjust to the idea of a woman lording it over him. So power dressing has been the saving grace of many female bus drivers, newspaper editors, managing directors, politicians...by becoming one of the lads, they pose less of a threat. 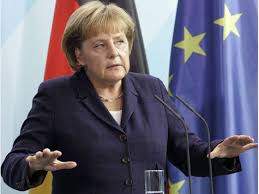 The vote against went through by the slightest of margins:
House of bishops - Yes
House of clergy - Fine
House of Laity - Are you kidding me? No way dude!

Just six more 'yes' from the House of Laity would have sealed the deal.

As you can imagine, the ever-ready critical commentators jumped onto the dashboard to blast the 'medieval church' that has become totally irrelevant and pointless in the 21st century.

Nice one. Criticism comes cheap if you ask me.

I don't support the church's position by any means, but before we cast stones, let's take care with our glass houses.

Let's start with politics. Currently there are 20 women leaders (presidents and prime ministers in the world) - wow! that's amazing isn't it? Yes, it is heartwarming. But no, considering there are 192 countries in the world, that's a tiny percentage.

Look at world institutions like the UN - which sex dominates?

The world of finance?

The world of sports?

The world of academia?

I won't go off on a long-winded rant; the long and short of it is, it has nothing to do with the church. It has everything to do with deep-rooted norms and customs. No matter how liberal we feel beneath our charades of education and modernism, the idea of a woman at the helm of events and as the overriding figure of authority still gets under our skin - men and women alike.

The vote by the synod in England today simply reinforced the deeply ingrained ideas of patriarchy and male dominance. So while it's convenient to lambast the church, let's start with the man in the mirror.

Can we really stand women lording it over us? Do we think women should be allowed to be key authoritative figures?

Answer? Well, if we are brutally honest with ourselves, many of us would admit we have some traces of anti-women sentiments buried deep within. We may avow equality on the outside, but on the inside we feel very differently.