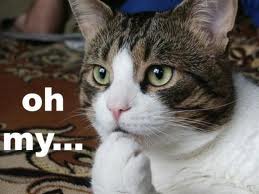 Can't believe I left out part of my travel diary! Don't worry, this is the very last of it. My next post will definitely be a fresh topic. All the same, for your reading pleasure.

I started out looking for the Notre Dame Cathedral, but was attracted by the sight of a colossal structure that resembled a Roman temple. I had learned to figure things out myself. It was becoming a headache asking strangers for directions. Not that they were nasty – far from it. My ‘Bonjour’ coupled with ‘Parlez-vous anglais?’ – ‘Do you speak English?’ always brought out the hospitable side of Parisians.


I drew closer to the Roman-type structure and found it was named the Pantheon. Hmm…it wasn’t on my itinerary, but gazing up at the massive pillars and meticulously crafted sculptures, I couldn’t resist buying an entrance ticket. I was digging into my bag for my purse before I knew it!
Inside the pantheon, I was surrounded by enormous oil-on-canvass medieval paintings. The paintings largely portrayed wars, martyrdom and victories, so there were a lot of weapons (spears, men dressed in their war armour), blood and gore. I particularly loved the paintings of Joan of Arc. They showed her as an ordinary shepherd girl startled by the whispering of an angel; her transformation into a warrior; and finally, being burned at the stakes.


After having an eyeful of paintings, I descended into the crypt. It was a dim compartment with a damp, musty smell where many of the nation’s greats were laid to rest. Tombs of Voltaire, Marie and Pierre Curie were just a few of many immortalized in the crypt. Many of the names were foreign to me and I couldn’t fully decipher the descriptions written in French around the crypt. There were also two large TVs playing old film reels of the remains of various icons being taken to the Pantheon for internment. Some dated as far back as the 1950s. 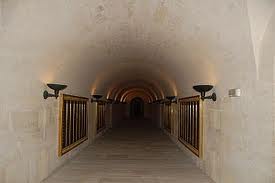 One name that popped up everywhere in the Pantheon was St Genevieve. So once, I stepped out of the Pantheon – away from the dark, morbid feel – I made my way to the magnificent-looking St Genevieve Catholic Church some feet away.

The church’s décor reminded me of the stupendous wealth possessed by the Catholic Church. Gold, ornate chandeliers, stained glass, effigies of saints, intricately carved ceilings, walls, sculptures…it was such a sight. St Genevieve’s shrine was a key feature in the church. Her body was buried in the church initially but later cremated; her ashes were scattered on the River Seine.