Diary of a Disenchanted Voter 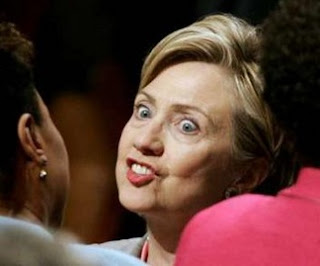 I have a confession to make: I have been feeling guilty - very very guilty.
I feel I have let my readers down by my recent - or not too recent - mode of erratic blogging. It's not for a lack of enthusiasm or because I've run out of steam - it's simply a case of failing to juggle my balls in the right order.

It's crazy being subsumed by the desire to unleash something classic and phenomenal that makes your readers jaws drop, but then having insufficient time to execute all the colourful ideas swirling in your head.

A friend/reader of Fresh Angle said something that clung to my mind like smoke to cloth. He said the reason you are a less prolific blogger is because you're trying to craft the perfect article all the time. Just write anything, he said. It doesn't have to blow people off their seats.That was an idea...

But the epiphany came this morning.

I have trying - oh so hard - to put together a news bulletin for the week (Around the World in Five Minutes). But my efforts have been hindered both by time and the sheer volume of work required to write a news bulletin. It's just a page long but it takes hours of scouring websites and searching over and over again for stories that stand out.

This morning I thought, 'Gosh I'm not going to be able to post the bulletin AGAIN before I jet off for work'. Then an idea popped up: why don't I start a diary for the time being? Before I can get my act together to unleash another didactic, cerebral, scholastic piece I might as well fill in the gaps with exciting - I hope - highlights of my day. What do you think people??

So here comes the diary of a disenchanted voter...

Yesterday night I got in from work and church at 10pm to find three letters waiting for me. I am always excited to receive letters but I decided to suspend opening my 'Christmas presents' till the following morning - today. I just wanted to dive into bed and faff around on the internet, checking emails and reading news tit bits.

So this morning I finally unravelled my presents, and one of them was a short booklet on the London Mayoral elections taking place today. Had simple instructions on how to vote, who the candidates are and their manifestos.

Candidate One - a fresh faced young man with a congenial face - offered a 'fresh choice for London' and is running under the banner of the UK Independent Party that has an overt anti-immigration stance. I thought, nah...not my cup of tea.

Sleepy-eyed Candidate Number Two of the British National Party asked me to 'Think Commonsense Vote BNP' - nooooooo way. Given a chance, they'll cart all of us mahogany-skinned mortals off to Africa/Asia  in an old rusty container in the next  24 hours...

The list went on. A candidate passionate about better policing; A woman - yaaay! - flying the green banner. Then the two forerunners: Ken Livingstone (the former mayor) and Boris Johnson (the current mayor).

Honestly I was hardly exhilarated by the booklet. If anything, it set off my cynical radar.

When I think 'Ken Livingstone', I think of a man who slurs his word so badly you feel like pulling them out of his mouth - grrrrr! I also think of the congestion charge that was initiated during his tenure. It is a charge on motorists for parking in certain congested areas. It has helped - I think - decongest London. Encouraged people to use public transport more.

Then Boris Johnson - the golden boy...man with a blond mop who speaks plum-in-mouth (quintessentially upperclass). His only initiative that springs to mind is the blue hire bicycles circling London - encouraging people to keep fit and be environmentally friendly.

I don't like either of them. I don't like any of the candidates thrust at me. I feel they are just regurgitating some lame rhetoric they've rehearsed behind the scenes. There's no passion or heartfelt desire for change. In fact, I daresay they will not make any overwhelming difference if elected. And I think the same generally about politics today. Politicians have become blatant actors. It's about putting on an appealing facade that will win over the gullible voters itching to believe they will become the next superman to sweep away their intransigent problems - "YES WE CAN".

I agree -  there is soaring unemployment and economies are in chaos - it is a tall order to ask any politician to fix that in a jiffy. But sorry, politicians have lost their raison d'etre - their reason for being. When I look at politicans, they set off my cynical radar big time. All I can think of is empty promises, overriding corporate interests, propaganda, manipulation, dirty games, bribery, corruption, scandals...stop!!!!

Okay, my bowl of porridge has gone cold and I need to get moving but what would you do if you were in my shoes? Exercise your right to vote anyway or expend your time on more useful things?!

Your thoughts please...I have between now and 10pm to make up my mind while the polling booth remains open. Will my vote make any difference? I'll catch you later folks...tara.
Posted by Oluchi at 00:30